PFRDA has made some changes in the National Pension System

PFRDA has made some changes in the National Pension System (Last update 02.09.2021)

The central government has made a big announcement for those who take up the pension scheme. The statement was issued in connection with the National Pension System (NPS). Under this, the Pension Fund Regulatory and Development Authority (PFRDA) has made NPS more attractive. Created new rules to include people over 65 years of age. Under the new rule NPS depositors can now deposit up to 50 per cent in equities or shares in the pension fund. This will increase the amount of pension. Gets more money after retirement.

However the PFRDA has made some changes in the National Pension System (NPS) to make it more attractive. Under this the maximum age to join NPS has been increased from 65 to 70 years. Any Indian citizen or Indian citizen aged 65-70 years can join NPS as per the circular issued by PFRDA regarding the amended rules. Also can invest up to 75 years of age.

If someone wants to close the NPS account ahead of time, there should be no problem with it. Previously, you could only deposit 40 per cent in equity or shares, which was increased to 50 per cent. Also, several rules have been set for early departure from the NPS. The investor is allowed to invest in equities, corporate bonds, government securities, alternative assets to get high returns on the fund. 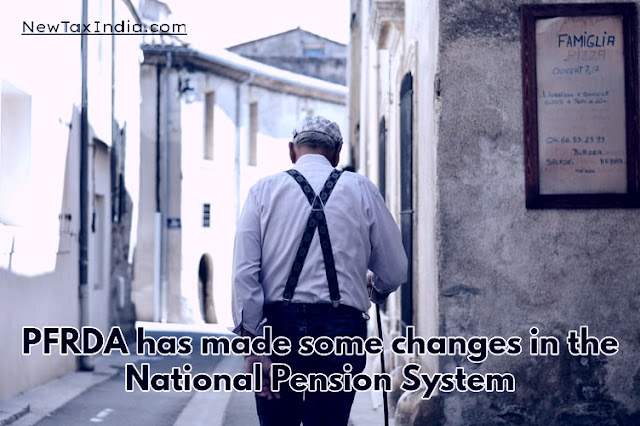 The PFRDA states that an NPS subscriber must use at least 40 percent of the funds to purchase an annuity. The remaining amount can be withdrawn at once. The higher the deposit, the higher the return. Based on this more money will be returned in the hands of the client. If the subscriber fund is five lakh rupees or less. The entire pension can be withdrawn in a lump sum. Previously this was not the rule. Leaving the NPS three years ago is considered a ‘premature exit’. This requires the client to use at least 80 percent of the funds annually. If the subscriber wants to exit NPS prematurely, he can withdraw the amount added at once if his corpus is less than Rs 2.5 lakh.

The decision taken by the government is a big relief to the families of the government bank employees. Under this, they announced an increase in their monthly family pension to 30 per cent of the employee’s final salary. If a Public Sector Bank (PSB) employee dies in the past, the employee’s relatives will receive a maximum monthly pension of Rs 9,284. Now with the new decision taken by the government, the pension will be increased from Rs 30,000 to Rs 30,000 per month. Increases to 35,000. In addition, the government has announced an increase in bank assistance from 10 per cent to 14 per cent under the new pension scheme (NPS). Banks deposit this amount in the NPS scheme on behalf of the employees.

What is the National Pension Scheme?

NPS was launched in January 2004 for government employees. In 2009 it was opened to people from all walks of life. Any person can contribute regularly to the pension account during his working life.

A portion of the corpus he has accumulated can be withdrawn at once. The remaining amount can be used to get a normal income after retirement. The NPS account individual investment increases with the return on it. . Central government, state government, private sector employees and ordinary citizens can also invest in this scheme.