Personal information on your PAN card

Do you remember the number on your PAN card (Permanent Account Number)? Most people will remember. Some people do not try to remember except to look at the card when needed. It doesn’t matter much why you remember that number with numbers and letters. But, if you know the real reason behind assigning you that number ten you will no longer remember Itte. Because some of the information about you is hidden in it! Let’s find out now from the personal information on your PAN card. 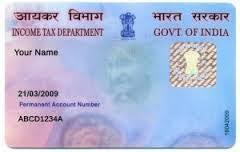 The Income Tax Department issues the PAN to individuals on a regular basis through UTI or NSDL. PAN is not a computer generated number like your mobile number. There is a paradigm behind it. 10 digits and letters are combined on the PAN card. The first five letters of the alphabet, followed by four digits, end with one letter!

Sometimes the difference between the English letter ‘O’ and zero ‘0’ (zero) is notable. However, if you know the meaning behind the numbers, it will be easy to identify.

The fifth letter indicates the first letter of your family name. For example if your surname is Singh then the fifth letter of Singh will be “S”. The first letter of the PAN card holder’s name is for individuals other than themselves. The next four digits are between 0001 and 9999. The last number is always alphabetical. If you know the secret behind PAN number, you can easily remember it.