IT giant Infosys has identified flaws in the Income Tax Department’s web portal. Finance Minister Pankaj Chaudhary has told Parliament that they will be fixed soon.

He said there were problems such as slow work and in most cases unavailability of certain types of services. The government launched the www.incometax.gov.in web portal on June 7. Taxpayers, professionals, and others have complained that there are many difficulties in this from the beginning. To address this, Union Finance Minister Nirmala Sitharaman met Infosys staff on June 22 to create the website. 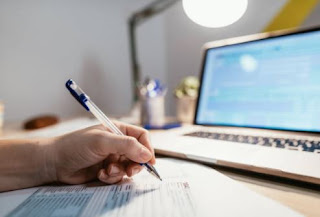 Assistant Finance Minister Pankaj Chaudhary replied in writing to a question in the Rajya Sabha on the issue. They received 700 emails claiming that there were 2,000 errors in this web portal. Of these, 90 are said to be new types of problems.

“Infosys has identified issues with this web portal. That said, they are technical issues. Constantly solving them. We will work slowly and prevent some services from being available, “he said.

The minister said that corrective action has been taken based on the feedback given by the users. The manufacturing contract for this portal was awarded to Infosys in 2019. It has taken steps to reduce the processing time of income tax returns from 63 days to one day.